Freckles are flat brown marks that develop on sun exposed areas, especially the face. Other brown spots include lentigines, which are larger and more defined than freckles and appear mostly on sun-exposed areas such as the face and hands. They are also called age spots or wisdom spots.

What causes freckles and brown spots?

The colour of freckles is due to an accumulation of pigment (melanin) in the skin cells. This pigment is produced when the cells are exposed to UV radiation. Freckles are more obvious in those with fair skin as the distribution of pigment producing cells is not as even or regular as darker skin types.

Brown spots may be more scaly and are suggestive of a pigmented actinic keratoses or seborrhoeic keratoses (wisdom or age spots). These are due to an increase and accumulation of the skin cells at this site. Facial pigmentation may also be due to melasma (a chronic pigment disorder of the face), chronic inflammation, or scarring.

Freckles tend to fade in winter with reduced sun and skin cells are replaced by new cells. They are also less noticeable as the skin ages.

What other forms of spots are there?

The other forms of spots include lentigo, which is a localised increase in pigment producing cells called melanocytes. They are usually the result of sun damage (solar lentigo) and are commonly found on the face and hands. They are usually larger and more defined than freckles and persist for longer periods of time.

How are they treated?

Freckles and brown spots can be treated with Fraxel laser, a procedure that works by sending little columns of laser down into the skin, treating a fraction of the tissue at once. It is this fractional technology that allows a much faster healing. On freckles and brown spots, a superficial wavelength that is suitable for treatment of pigmentation, freckles, actinic keratosis and sun damage is used.

We also have access to the Picosecond laser which is the latest laser for individual benign pigmented lesions. 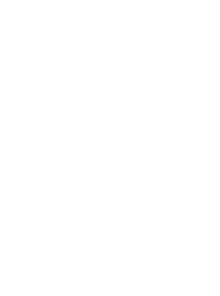